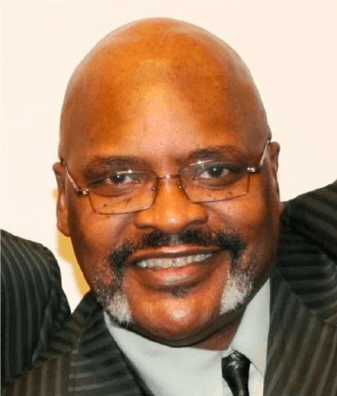 My name is Erskin Butler, and I’m a 61-year-old male, born in Clarendon, South Carolina, but raised in the city of Philadelphia, Pa., in the United States Of America.

My adoptive parents raised me in a God-fearing Christian home, where we attended a local Baptist church every Sunday morning. My step-father sang on the male-chorus, my sister sang in the young adult choir, and I sang with the children’s choir. One of my older brothers sang in a Doo-Wop group who recorded a single in Atlantic City, New Jersey. It was nice.

I remember being baptized at an early age, along with many other members of our congregation. I was told that once baptized, that my life would feel brand new. However, I don’t recall any significant difference in my lifestyle, (remember, I was just a kid).

In my early teens, I began following (who I thought were) the cool-kids of my peers, skipping out on a lot of my Sunday school education and picking up some very bad habits. I began smoking, drinking, using and later selling drugs, stealing, lying, fornicating… just an all-around bad guy.

I recall one incident when I shook my fist toward the sky and yelled “Screw-God”! Til this day, I have no idea where the “reason” for that statement came from. But I do understand, now, from whom it originated. Old Satan himself must have known, then, that GOD had a plan for my life, and Satan was trying to destroy me.

There were many street-gangs in my neighborhood during my adolescent years, and I joined the one that was close to my home. My family didn’t allow me to travel too far from home and tried their best to keep me in school and out of trouble. It wasn’t easy growing up in “The Hood.”

I remember attending a house-party in the next block and a rival gang decided to crash the party by attacking a friend of mine who was not a member of any gang. Well, the young man died from his wounds, and I was asked by the officials to identify one of the suspects. He was arrested, and my parents thought it would be best that I left the city. I was signed into the military at the young age of sixteen.

A few years after my tour of duty I came home and found that the gangs had stopped fighting. I found myself selling drugs, then using the drugs I sold, and drinking way too much alcohol. I had a crush on a pretty young lady from the neighborhood where I grew up, and I asked her to stop by my apartment on a certain evening. To my surprise… she did. But, when I opened the door, there she stood with a Bible in her hand and a female friend by her side.

The two of them entered my home and ministered to me about the same GOD who I shook my fist at a few years earlier. They told me how GOD would forgive me if I accepted His Son (who died on the cross for my sins) as my personal Savior and turn from my wicked ways. They prayed for me as I accepted their invitation, gave me a brand new bible, and then they left.

Even though I grew up in the church, I still didn’t know Christ as my Lord & Savior. My mind was in the world and on worldly gain. That day of visitation from the female I had a crush on stayed on my mind as I attempted to read the Bible she had left me. I must admit that it was very difficult trying to read what I did not yet understand. So, I kept on doing my own thing. I went through a period of part-time jobs, no jobs, welfare, and being homeless.

I remember getting high in the home of a friend of mind. It was always dark inside, so… we used candles to see. There was a curtain separating the living room and his bedroom. I remember asking him “what is that smell”? He would calmly tell me, “it’s the backed up toilets”. Later that year the police raided his home and found naked female bodies in the back room and on his roof. His name was Marty Graham, an infamous murderer.

I recall running down a back-street being chased & shot at by a young drug dealer who was trying to kill me. The strange thing with that is, after catching up to me, about 10-12 feet away, he emptied his pistol, but the bullets ricochet all around me as if there was a protective shield around me. The gunman looked at his pistol, then looked up at me, turned and walked away shaking his head in disbelief.

There was a time after getting high I was returning home to get some rest, and my legs began to get weak, my arm felt numb, and my mouth began to twist. I realized that I was having a mild stroke. People were walking past me, and I was more afraid of looking weird than I was of dying.

I was later arrested for starting a fire in my apartment and sent to prison for that crime. I was charged with arson but not yet found guilty. I thought that no evidence would convict me as I denied everything. But I know now that GOD had to imprison me to get my attention, and in prison is where I met GOD.

As I sat in prison pondering my fate, an announcement was made that a minister came to visit the inmates who wanted to be set free. I thought this to be my get-out-of-jail-free opportunity. So, I went to the meeting place announced and sat down with a small group of inmates to hear how we can be set free. To my surprise, the minister began preaching about GOD and how His Son Jesus can make you free. I eventually realized that this was a very clever way to get inmates to church… because it worked!

The young minister spoke with power and authority as he reminded me of a scripture that I’ve heard so many times but had forgotten. He quoted John 8:32… “And you shall know the Truth, and the Truth shall make you free.” He went on to explain that even though we were in prison… if we accept Christ as our Lord & Savior, He will come into our lives, give us the gift of eternal life, and make us free from sin & death through the power of the Holy Spirit.

The young minister prayed for those who didn’t know Christ, and also for those, like myself, who had gone astray. I was so caught up in worldly affairs that I didn’t have time for GOD. That night I rededicated my life to Christ and began reading the Bible from Genesis to Revelation with more understanding than I ever had. I must say that… when I left that meeting, I felt like a new man. “HALLELUJAH”… I felt that I had been made free!!!

Eventually, I pleaded guilty to my crime, received eight years probation, and was released from prison. I joined a local church, continued in bible study, became a young minister-in-training under the leadership of the pastor. I bought a bullhorn and began preaching in the streets of Philadelphia, Pa. My pastor wanted me to become ordained and preach in the church, but I wanted to get the message out by singing the gospel of Christ. So, I put together a gospel quartet group called “Fully Committed,” and we began singing the gospel in many churches while touring in the USA with some of the other gospel groups.

I believe that GOD is preparing me for ministry because Satan is still trying to destroy me. I drove an ambulance van for 8-10 years, picking up passengers from hospitals and taking them to their homes or other appointments, and I began experiencing blurred visions and headaches. After taking an MRI, my doctor told me that I had a brain tumor. That tumor was successfully removed but, a few years later it had returned (worst than before). It too was successfully removed.
“HALLELUJAH”… No weapons formed against me shall prosper. (Isa. 54:17)
Greater is He that is in me, than he that is in the world. (1 John 4:4)

My dream, however, is to return to the prison system, where I believe GOD put me to get my attention, and give other inmates the opportunity of being set free by learning about the One True GOD, and His Son… Jesus The Christ. I believe that as a “Small Group Leader” I can be very effective in leading young men, and women, to Christ. I have the support of my wife who also feels that she has a calling to minister to females in and out of prison.

I truly thank GOD for Christian Leaders Institute for providing free bible scholarships that will equip leaders everywhere to follow Christ last instructions to His disciples, “Go into all the world and preach the gospel to every creature’. (Mark 16:15)

I desire that you will pray for strength and guidance as my family and I continue to share the gospel of Jesus Christ, and sing His praises, as the day of judgment is fast approaching.

Led to Ministry – More than a Model, Now a Minister

Teaching Women at the Jail
Scroll to top