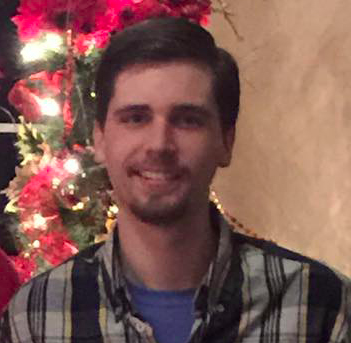 Is there free college education for those with DUI Convictions available?

After a couple of DUI convictions, the dream for higher education is often lost for many young people finding their ways. Fees for lawyers, Lost opportunities in word and school. Existing student loans that need to be paid. The loss of driving privileges. All these things hurt young people who have made some mistakes.

Kevin is one such person. He started the CLI program with the intention of taking more classes to get him grounded to reach out to others who have struggled with some of the things he has struggled with.

In 2016, we received a scholarship to study classes free of charge.

Here is his story.

I was born in Virginia in 1994. I am my parents’ middle child, born between two sisters. When I was eleven months old, my family moved from Virginia to an Alaskan bush village called Aniak, where we lived for five years. My younger sister was born in Anchorage while we were living in Aniak.

Shortly after I turned six, we relocated to a suburban city in North Carolina, my parents pursuing more plentiful opportunities for their growing family. It was here that I really came to know God in my younger years, regularly attending church on Sundays (and most Wednesdays) and always participating in Sunday school, Vacation Bible School, et cetera.

For a while, we attended a somewhat traditionally-styled First Baptist Church, where I professed my faith and was baptized. Later, we moved to a larger, more contemporary church. Here, both my parents were very actively involved in the church, and I became well-acquainted with many of the teachers, leaders, and pastors. I began to have hopes of growing up to become like them, helping others to see the beauty, grace, and love that I saw in God, even at a young age.

As I grew older, my parents began to experience some marital problems. This thrust me into a long search for what I truly believed, a turbulent time questioning who God was and how He could allow a seemingly-perfect family like mine to be torn apart. The Christian household I was so accustomed to was broken, and I had no idea why or what had happened to the God I had once loved whole-heartedly.

In the midst of my confusion and the chaos of the house, I was introduced to drugs and alcohol by some older students at my school. Quickly but unknowingly, I fell into the evil grasp of addiction. Through high school, I managed my addiction fairly well, not allowing it to get in the way of my education but slipping farther and farther away from God and the church.

Upon graduation, I was awarded an academic scholarship to a private college in the foothills of East Tennessee based on my grades and test scores in high school. On the day before I left North Carolina for Tennessee, I was charged with possession of marijuana and paraphernalia. With the help of an attorney, I was sentenced to a year of supervised probation, which I completed successfully while still partaking in illegal substances.

I began my college education in pursuit of a Bachelor of Arts in Digital Media. I now dreamed of becoming a big-name movie director, the next Spielberg or Kubrick or Tarantino. As with high school, I did not allow my addictions to get in the way of my schooling and maintained a Dean’s List grade point average, but had completely lost all faith in God.

As my college career continued, I was introduced to harder drugs, and alcohol became an increasingly intensified substance of abuse. I struggled with deep depression and anxiety and had decided the best way to cope was to self-medicate with prescriptions that were not my own. Many times the feelings of loneliness and worthlessness became so unbearable I contemplated suicide, wondering how I had gotten to so low of a point in my life. Occasionally I even cursed God for everything that had happened to me.

As my final year in college was coming to a close, my life had gotten completely out of hand. I had lost the ability to sleep at night without consuming drugs and alcohol. I spent my time either using drugs or finding ways to get them. In early March of 2016, I was charged with my first DUI after hundreds, if not thousands, of times driving drunk. I was arrested and spent a night in the county jail. Later that same month, while I was out on bond from the aforementioned charge, I totaled my car by driving into a tree, intoxicated on alcohol and other drugs. I walked away from the car with only minor bruises. This night, I received another DUI and spent several nights in jail. Looking back on the event now, I believe God was watching over me and knew that my life was not meant to end then and there.

As the realization that I had a problem with drugs and alcohol set in, I decided I needed help. It was a problem that I could not handle on my own. I sought help in a psychiatric hospital in East Tennessee and was later sent to a 28-day inpatient treatment center. I completed the program, learning more about my addictions, my depression, and my anxiety. Each day I strove to reestablish my relationship with God, knowing that He was the only one who could restore the peace I once knew.

My ministry dream is to work with other addicts and alcoholics trapped in the throes of active addiction. I believe that this group is often not reached as adequately as they need to be. I feel that addiction is something that can only be truly understood when a person has experienced it firsthand. I hope to share the message of God’s love, grace, and mercy with people who struggle with the same problems I faced. Addicts and alcoholics are people, just like everyone else, who deserve to know of the salvation offered through the sacrifice of Jesus Christ.

A scholarship to the Christian Leaders Institute is the only way I can make this dream a reality. With the current legal situation I am in, as well as the money I owe to the college I attended, money is extremely tight for me. I feel that God has called me to reach out to a group that other Christians have a hard time addressing. I hope that, through my testimony and a solid education in the word of God, I will be able to help others come to know Jesus Christ as our Lord and Savior.

Kevin story has been repeated many times. Christian Leaders Institute opens the doors for free college-level training for Christian Leaders who want to build their lives and reputations up to impact their communities.

Learn more about the Restorative Justice Program at CLI.

From Probation to Pastor – Edward Owens