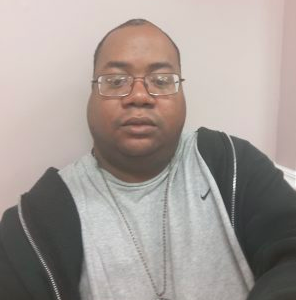 My name is Edward Owens. I was raised in the church, and my mother was a very active member as an usher and part of the choir. I loved going to church and was fascinated by how the preacher would speak about God. As I got older, my mother and father had separated, and my mother stopped going to church and resorted to drinking. She later had a nervous breakdown and couldn’t take care of us anymore. My oldest sister went to live with friends, and the rest of us stayed with our father.
My father drank all the time and was very mean to us, treating us like he did not want us to be with him. My father then took my brother and me, left us in a park, and said he was not going to take care of us anymore. We were devastated and afraid. We had to live in a tent for a little while because we didn’t have any place to go and getting food was one of the hardest things we had to deal with. We ended up going into a foster home where the caretaker was very mean to us. I became very rebellious and out of control for a while, then I decided to take a joy ride in a stolen car and landed in a juvenile detention center. I was scared out of my mind, but even then I called on God and asked him to protect me.

I was put on probation and had to go to a boys reform program. I met some of the nicest counselors there who were Muslims, and they taught me a lot about how a man is to conduct himself in society. When I was released from the program, I was put into an independent program with adolescence like myself. I decided to start going to my sister’s church, and I believe God brought me there because he knew I needed to be close to him again. I dedicated my life to God the second Sunday I went and got baptized three weeks after. I’ve been growing in the Lord from that day and never looked back. I was ordained as a Reverend in 2006 and began working with the adults that lived in the projects. I was blessed to witness over 20 people give their lives to Jesus, and after about a year working on the projects, I brought some of the new disciples to a church I was working with. Some of them stayed, and some of them fell away. I was hurt, but I didn’t blame the church. Instead, I became licensed as an Evangelist through the church and begin teaching evangelism to people that wanted to learn. I began to wonder if God is calling me to Pastor. I spoke to several people about it and decided that I should start a church/school. I started the ministry in 2016, and right now I’m working with a few people that have a desire to know God. I have never pastored a church, and I know that there are many things you must know to become an effective pastor; that’s why I felt the need to go to Bible college.

Now, after searching for a school, I God led me to this website: Christian Leaders Institute. I was amazed they offer the quality training for free in a donation model of education.  I need this training to grow in pastorship. I can’t afford to go back to school, and this college is willing to help me achieve what I need with little or no money. I believe is God once again leading me in the right direction. I thank you for taking time out to read my story, and I pray that it will help you to move forward in the things of God.

Free College Education For Those With DUI Convictions
Scroll to top