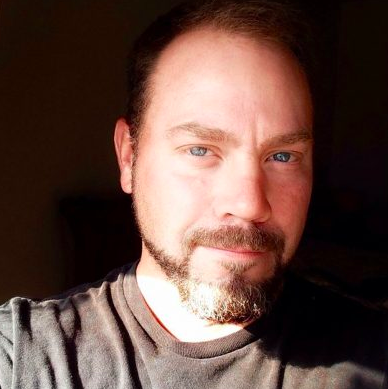 Free College Education for Former Prisoners – Christian Leaders Institute has been providing free, high-quality Christian Leaders training since 2006. Since this education is free, open doors are available to ignite restoration.

Luke C left for the Marine Corps when he was eighteen.

I was introduced to the Faith as a baby, having been baptized as an infant at a Lutheran Missouri Synod Church in Jackson Hole, Wyoming. I was brought up in the church but stopped going after high school as I had joined the United States Marine Corps. My faith was tested many times, and finally, I lost faith…

As life rolled on, he eventually found himself addicted to painkillers. He was in a prison rehab center because of prescription painkiller addiction. He met the Lord there and was baptized as a believer:

During that time I had the overwhelming urge to have a family and a son. I got what I wanted. I met a girl after coming back from Pakistan/Afghanistan during Operation Enduring Freedom in 2002. I was discharged shortly after, and as I was on my way home from Camp Lejeune, North Carolina to Jackson, Wyoming, I was notified that I was going to be a dad!
As I was trying to figure out the civilian life, I began using pills to ease the transition. Long story short, I got separated from my now, ex-wife and in 2009-2011 and again in 2013-2015 I ended up in prison where I had received a divorce. Before the first stint of incarceration, I had become a father of four. The last two of the children born were not mine (that is another long story) but I took them in any way and that caused immeasurable suffering! I just couldn’t live with the fact that another ‘man’ in their life had failed them.
During my last year of incarceration, I was in a very intense treatment program and was baptized again, this time of my own volition.
I served my time, and after a year of parole, I was finally done with the legal system. I have all four kids full time now, doing the single father thing and I’m living for Jesus! .

Luke’s life was completely changed. He was called to serve others in ministry.

My dream for ministry is to reach out to the ones who are addicted and imprisoned. I am still with them in mind and spirit because I know what they are going through. Never have I witnessed a yearning for the Word quite like that of those whose freedom has been taken from them.

Luke had a problem. He could not afford traditional Christian ministry training. How could he afford formal education when he had children to take care of? Was there free college education for former prisoners like him? He was interested in ministry training, and Christian Leaders Institute (CLI) was a perfect fit.

Achieving this scholarship is so special for me because as I’ve mentioned earlier, my priority goes to not only caring for my children but being there for them every single day! Christian Leader Institute has opened a door for me I thought would remain shut until my kids went their ways. When I discovered what CLI was all about, my heart lept for joy! Embarking on this journey with CLI has rekindled a passion for getting to know my Heavenly Father! I’m experiencing a transformation and a level of accountability to the Lord I’ve never known before.

What is Luke going to do with this training?

I feel evangelism is my calling even though I’m terrified of public speaking. But I want to reach those that are afflicted with addiction and imprisonment. Hebrews 13:3 tells us to ‘remember the prisoners as if chained with them…’ I was a prisoner once too and my heart aches for them! So by ministering to them with God’s Hope, maybe I can ease their suffering if only for a while.

Christian Leaders Institute has been educating former prisoners for many years now. These former prisoners do not have much money, but now they have a free college education available to them so they can ignite restoration in their families and their communities.

Christian Leaders Institute is now working with the Michigan Department of Prisons, read about that, click here. 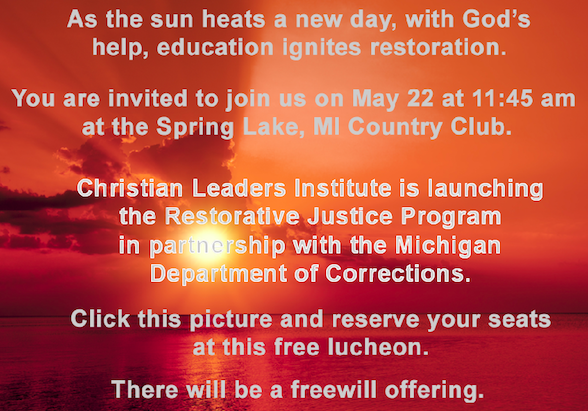 From Probation to Pastor – Edward Owens
Scroll to top