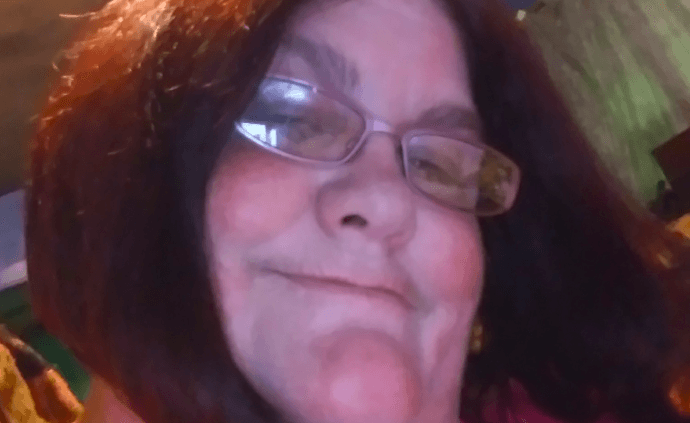 My name is Caroline Risili. I live in southern Missouri near the Arkansas border in the United States. I thought I had been through it all, but God has shown me that I have much to learn.

I was born in 1961 and adopted by a couple who loved me very much. My parents were a little older, but they had morals and ethics. At the age of 13, we attended a Church of Christ church. In the spring of 1975, I was taking “baptismal” classes so I could be baptized at the end of March.

As I prepared for that day, on Friday, March 21st, 1975 I came home from school and my mom and the pastor had sat me down and told me that earlier that morning my father died of a heart attack while he was at work. I couldn’t even remember if I had told him that morning that I loved him.

I told the pastor that I wanted to go ahead and get baptized nine days later. That’s what dad would want. It meant nothing to me when that day arrived. I don’t remember ever accepting Christ as my Savior, I was angry, confused, suffering, hurting and numb.

Fast forward to 1985. I was married and had a 2-year-old son. I did drugs; marijuana and crank. I was friends with the major “dope cook” in Missouri.
We were broke, no job but had insurance on the house we owned. We had decided to leave for the weekend and stay at the “cooks” house, and we would burn our house down for the insurance money. All I took with us was five pictures and the clothes we needed for the weekend. Had to make it look good.

On the way home, Sunday, I told myself if the house was still there that God had put the fire out. I was worried we had burned down the whole street! Not only was the house still standing, but you also couldn’t even smell smoke! The kitchen was engulfed and so smoky you couldn’t see when we had closed the front door and fled the day we left. God had put the fire out as soon as we closed the front door. Miracle number one.

I dug out an old, dusty bible and opened it to the pages that the Lord wanted me to read. God himself led me down the Romans road and other passages in His Holy Word. There on that day, April 16, 1985, I was born again. Miracle number 2.

Went to a church of an old friend and talked to the pastor. Realizing that the pastor had given me the same verses that God had given me. The pastor told me too straighten up my life, get off the drugs, dress more appropriately for church, and get baptized. Miracle number 3. This is where I was first called to be an evangelist. So I took three courses on how to witness to people from that church.

My walk has not been an easy one. I’ve dealt with the death of 2 of my children, deaths of numerous grand loves, an addiction that seems to always seems to be where I don’t want it, divorced from the father of my 7 children, single parent of 5 children and no help from their father unless he needed to try and ruin me, cancer survivor x2, death of my mother, and two of my older sons struggling with a drug and alcohol addiction that I introduced into their lives. There is more to my story; these are just the main highlights.

I had fallen so far from God because of my failures to cope with life. Another long story. Until the last couple years. I rededicated my life to God and hadn’t looked back.

I am now remarried, and I have one child that is living with her father, by her own choice. All the rest are adults now.

My ministry dream is to start locally and expand out. I want to get a Christ-centered addiction group going on where I live. People are hard to reach here. They’re clannish. If your an outsider they have a hard time letting you in. They don’t want this area to grow; they push the young families out. No growth. That has bothered me this last year.

I’ve been going to the same church for the 13 years I’ve been here. There has been no real growth in my church. It has about the same amount of people. They have no evangelism or discipleship program for new converts. My local church probably won’t support me so I am looking around the area for one who might. They don’t like change.

My husband is born again. He doesn’t feel God calling him into the ministry. He is supporting me in this endeavor though. All my children and their spouses are behind me also. They think it’s awesome.

Ministry 101 has shown me how I can be a leader. It has opened my eyes to many things I had not thought about. I’m excited for what God has in mind for me.

With the Christian Leaders Institute scholarships, I want to eventually get my bachelor degree in the Women’s Minister course and the Restorative Justice program. I would not be able to accomplish this without the help of Christian Leaders Institute and its partners to offer these free courses. Not having to worry about putting myself in the national debt, you have six months to complete one class and you offer mentoring help along the way is more than anyone could ask for. Thank you, CLI. I can’t do it without you.

Recently, God has called me into women’s prison ministry; due to another long story about a homicide investigation, I unknowingly got involved in. That’s for another day though.

Led to Ministry – More than a Model, Now a Minister
Scroll to top