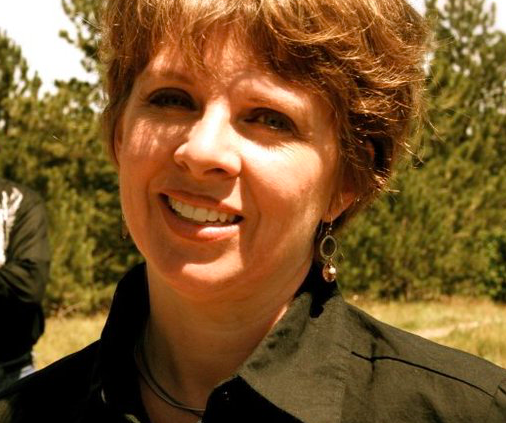 Ministry to the Incarcerated

I live in the United States. Raised in a Christian home, I never knew a time when I did not know the Lord and had an innate desire to live a life that was pleasing to Him. Which is not to say that I always realized that desire, but even then, His mercy and grace have never failed. I have been married to the same wonderfully supportive man for 37 years. We’ve raised three children and enjoy being grandparents. Less enjoyable, is being in the place of caring for aging parents. That is a role I never anticipated, but it has become my current reality, and in many respects, my ministry.

The biggest challenges I have faced in pursuing the more traditional type of ministry involve my gender. Women are not typically accepted in areas of ministry apart from children, piano/organ playing, secretarial service, or women-exclusive groups. All of those are fine areas of ministry, and I mean no disrespect, but none of them felt like a fit for me. Add to that the fact that I spent my high school years in a legalistic, male-dominate-female-subservient-sin-focussed, church that took me 20 years to heal from and it’s safe to say it felt like a good portion of my life was wasted by being swallowed up in the lies of that little stint. But He is faithful! And led me to healing streams and a ministry to the wounded, fractured and broken.

My family spent the last 27 years serving our community in/with/through a small, non-denominational church. During that time I earned a Bachelor’s Degree in Theology and the 2nd one in Christian Counseling via correspondence through Impact International School of Ministry (ISOM) out of Huntsville, Alabama. I was ordained in that church, and served as the Teaching Pastor and Counselor, but when we were no longer able to attend, I did not feel comfortable using their ordination as credential, hoping instead to obtain ordination from a nationally recognized institution, as I continue finding myself asked to counsel and work with hurting people.

My dream involved ministry to the wounded and broken-hearted. Most of the people I have worked with during the past 17 years were abused as children, and those areas of brokenness have hindered their adult lives and relationships. I have been asked to visit loved ones who are hospitalized, institutionalized or incarcerated. Bringing the love of Christ and healing truth of God’s Word to these lost and broken people have been some of the most rewarding experiences of my life. I am also frequently asked to officiate wedding ceremonies as well as funerals. All of these activities require ordination. I thought when my life’s focus became caring for my parents that I should/could ‘retire’ from formal ministry, but after a few months, it became obvious I was mistaken. While looking for a solution to my dilemma, I stumbled onto the CLI website which I believe to be an answer to prayer. The dream I had for ministry has become reignited.

My other ministry love is teaching. I get great joy from studying the Bible, and sharing what I learn with other hungry-to-know-Him folks is a delight to my soul. I have authored two books that came directly out of the Bible studies I have taught. I suppose ‘pastor’ would be the category I fall under. That is what many of the people I have worked with call me. Although, frankly, I’m at a loss to know exactly what that means, as the title means different things to every person I meet. And also, quite frankly, it’s a title that, in my experience, has been used to lord over others or exalt one person over others in an un-Christlike manner and those attributes are very distasteful to me. I’m not big on titles, rank, or hierarchical structures in the church. So when people ask, “what shall I call you?” My answer is, “Deb”.

Key experiences that led me into ministry: hearing the voice of God when I was a child say, “You are one who will always work in my church.”

And as an adult on a ‘mission trip’ to the Philippines, where I witnessed what appeared to be elitism and more spreading of American culture than the Gospel of Christ. I returned from that trip with a new hearty. “Lord, I don’t want to speak another word about You until I know You. I am grateful to have had the opportunity to grow up in a country where girls get to learn how to read, and Bibles are abundantly available but what about countries and cultures where those things are not permitted or available? Teach me how You touch the lives of people in the farthest reaches of the world.” And teach me He did! I learned to hear His voice, follow His leading and after three years of sitting at His feet, allowing Him to speak to the broken, confused, lost, fractured places in my heart, mind, and life, I came out of that experience whole, healed and unwaveringly confident that His Word heals wounded, broken hearts.

The biggest challenge to ministry where I live would probably be how sparsely populated we are and the distances needed to travel. We are also a region full of fiercely independent people whose ancestral roots are in the homesteads they still live on. People who don’t see their need for a Savior, our county, though one of the largest in the nation, also ranks among the lowest in church attenders. This sad statistic indicates to me that the church – as it has been traditionally represented to these people – is irrelevant. I suspect that the classic methods used in evangelistic circles do not resonate in the hearts of these people. We have a huge percentage of people living below the poverty level, and our children are often forced to leave to find adequate employment. Agriculture and tourism are the primary sources of revenue our region provides.

As I said previously, I love to study the Word. It is God’s truth and wisdom for life. I do fear that some of the pet doctrines so many tend to push are born out of an inaccurate understanding and interpretation of Scripture. As Jesus said in Luke 10:26 “What is written in the Law and how do you read it?” I believe in this day and age we have a big problem with the how we read it and what it has come to mean in our 21st-century western mindset is too far removed from the original meaning and intent, spawning the decline of Christianity in the West. So much speculation and supposition preached as truth has resulted in the anemic, powerless, impotent body we see today. While preachers were searching for something sensational to hang their hat on, their disillusioned congregations died on the vine.

The fellowship we were previously involved in supported me 100%. I was a big fish in a tiny pond. Now we find ourselves in a huge lake, and I don’t have the time, energy or inclination to scratch my way to a place of visibility. Caring for two parents who are both struggling with dementia and one with a terminal disease diagnosis is pretty exhausting.

Our children are all married and building their own families, so they are not factors in this pursuit, but my husband is. And he supports me 100%. He often says, and rightly so, that study is my hobby. And as we look to our future, when my husband retires, and my parents have entered into glory, we will be moving to warmer a warmer climate. Again, an ordination that is recognized nationally and internationally is desirable to one that is issued from a small, local, struggling fellowship, and bring a level of credibility to my ministry in the eyes of those who demand it, i.e. jails, prisons, hospitals, and marriage licenses wherever we find ourselves in retirement.

A Fire for Jail Ministry
Scroll to top