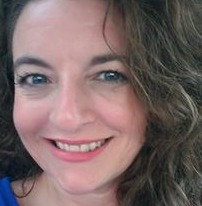 I am Jennifer Champion and I am called to reaching those in jail with the Good news!

I live in Northport which is a small city in Tuscaloosa County, Alabama, USA. Tuscaloosa is a vibrant place that is home to the University of Alabama. It is known for the Crimson Tide, a nationally ranked college football team as well as it’s place in history as the birthplace of Segregation among whites and people of color. On every corner there is a church yet attendance is in decline. It is a beautiful place that is still rebuilding after a tornado came through and destroyed over 5,000 buildings and took almost 50 lives. Apartments are booming left and right yet we do not have enough shelters for the homeless. My mission field is Tuscaloosa County. It is my passion to reach the lost and hurting in the wooded homeless camps or those in jail. I was led by the Lord to reach out and take the gospel to those that struggle with addictions and poverty. Below is my personal testimony of God’s grace in my life and I take the opportunity to share it with others seriously.

See, Jesus picked me up right where I was and forgave me. On a nasty hotel room floor in Las Vegas almost twenty years ago he freed me from over twelve years of drug and alcohol addiction. It was a sin I had lived in for way too long.
He freed me from the guilt of an abortion at seventeen and from years of promiscuity.

***
He forgave me of the pain I had caused so many people like my mom, my grandparents, my friends, my husband and my child. He stayed with me as I struggled in a failing marriage to a man I loved for over twenty years. He did not leave me as I went through a painful divorce.

Later in my life, Jesus would rescue me again from the sorrow I suffered over the sudden death of my ex-husband. On steps in the parking deck at Druid City Hospital, he gave me the strength to tell our daughter about her daddy’s death. A year later he gave me the courage to forgive the man that had caused his death.

Jesus wasn’t done rescuing me though. A short time later he stayed with me and my daughters and protected us in my second marriage to an emotionally and physically abusive man. In June of 2011, he made sure that we escaped from what would have been a murder-suicide.

My life had become unmanageable and I was ashamed. I was embarrassed, scared and had no confidence. Jesus stayed with me as my girls and I found ourselves starting over alone in a garage apartment with very little to call our own. Jesus gave me the resources and patience to get through another divorce.

I am hardheaded and the Lord has used times in my life when I was at rock bottom to speak to me. See, when I was in the craziness of my addiction, I couldn’t hear him. When I was high, my focus was not on him so he could not be seen. When I was drunk, my hangovers sickened me to the point that I couldn’t feel him near. It took life getting hard, unbearable even before I knew he had never left me. The choices I had made during my life were sinful and they didn’t affect just me. They affected everyone around me.

Jesus showed me that I mattered to him even though I felt worthless as a mother, a daughter, a woman, a friend, a granddaughter and a human being. He showed me that life could be different.

Today, my third (and final) husband Patrick and I along with our five children look to the Lord daily for guidance in all that we do. Jesus guides our steps into the homeless camps around Tuscaloosa County where we minister to those in need. He has placed me as a Celebrate Recovery Inside leader in the Tuscaloosa County Jail to minister to women inmates struggling with their own addiction and losses.

Jesus keeps our cars running so that we can pick up homeless people or women released from jail and bring them to church on Sunday. He provides food for our pantry to feed the hungry. He has blessed us with a home that we open to groups of men and women that are hungry for his saving power.

My life is not without troubles and pain. I still grieve when someone dies from an overdose or is killed in a car accident caused by drunk driving. I suffer alongside my homeless friend in the ICU as he watches his wife die. I still get anxious when the bills come in and it doesn’t seem we have the money to cover them. I still cringe when I hear a siren and our daughter is on the roads. Life is not ever going to be without problems and sadness but it is so much easier to get through it all with Jesus going before me, walking beside me, and standing behind me. I am also reminded by Jesus every day that this life is just temporary and there is something far greater waiting on me in heaven.

***
As the Founder and Executive Director of The Find HOPE Here Project, I am constantly looking with new eyes at the world around me. There was a time before the Lord called me to minister to the downtrodden right here in my own community that I would walk or drive past the man on the corner, dirty and begging for a couple of dollars. There was a time when I would say things like, “they brought it on themselves” when someone was arrested. Now, the Lord has taken that hardened heart of mine and humbled it. He is still molding me into a person with growing empathy and compassion of the people in my world. I thank him daily for the vision he has given me of building twelve missions centers in Tuscaloosa to serve those living in poverty and to build The Refuge, a shelter and transitionally living home for people without a home. I pray daily that he will use me in a mighty way to grow his kingdom.

My family and I attend Rosedale Baptist Church where I have been a member since 2011. My husband and I teach Sunday School, help with missions such as Operation Christmas Child and Vacation Bible School. We love our church family and love seeing the Lord at work there.

I have attended briefly New Orleans Theological Baptist Seminary but he just got to be too expensive for me to continue. Then I came across CLI and praised the Lord for this opportunity to delve deep into his Word and grow closer with him. I never finished college because of the lack of money and time but CLI allows me to do my classes on my own time from the comfort of my home. I was so excited to see in my first Connections Course at CLI an entire section devoted to personal and family devotions. My bible is ragged, held together with paperclips, staples and a little tape. It goes with me everywhere. It is where I go for decision making and it was the first place I turned to in prayer when it came time to make a decision about whether or not to attend CLI.

Saved Me From Offending