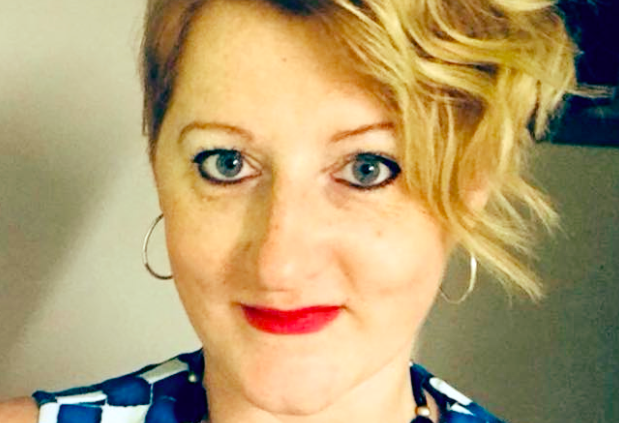 My name is Kate Batten and I was born in 1979 in the UK and I am British. My mother married my father when they were both very young and they had 2 other children besides me. The marriage broke down when I was 2 years old and my mother left my father leaving my 2 sisters behind.

From there my mother married twice on her third marriage everything went downhill rapidly for me in my childhood. I was a victim of child sex abuse and had very little respect for myself and attracted relationships that didn’t serve me well in my young adulthood. I entered many domestic violence relationships that would lead to me drinking and taking drugs to blot out my reality and escape the pain and shame I was feeling from the past childhood experiences.

By the age of 19 years old I had two small children and I was a single parent who had to face the world alone and provide for two children as well as myself. In 2001 I started my career in food manufacturing and through sheer hard work and determination I was promoted 4 times in 3 years and became a quality control manager for Birdseye products. Unfortunately, I became a victim to my bosses manipulating ways and this leads me to leave my manufacturing career behind.

I retrained as a registered childminder and started working from home and providing childcare to working parents. It was from this that I started to invest more in my education and enrolled in college to take my child psychology diploma. From there and a whole host of other training I started to work with children with behavior problems and those who have lived in domestic violence relationships. The results were amazing and to be able to turn the lives around of children was an amazing feeling. After 8 years of that career, I decided I wanted to go a step further and help adults instead, so I re-trained in adult psychology and trained to become a life coach.

Over the past 7 years, I have helped domestic violence victims, sex trafficking victims and people with a whole host of fears from writing their own books to rising their self-awareness. After having so many success stories I invited people to share their stories in a published book and launched it out to the world. The book became a #1 international bestseller and 18 more books followed by co-authoring and solo authoring my own books. I had built an international publishing company, made 500 become best selling authors and went on to be a publishing consult to place other publishers in the world. I had also been named one of the top life coaches in the world by an award-winning film director.

My walk with God started 2 and half years ago, little did I know what he truly wanted me to do until it became clear. He placed the vision in my mind and heart to help those that the world forgets about, the people who are lost in a vicious circle of offending crimes and end back up in prison with no direction to their futures. So, I obeyed and enrolled myself into university to take a degree in psychology and criminology which starts in 2018. Up until now, I have just studied the word of God for my own self, not to teach and so I started researching into bible colleges.

Upon my research of bible college’s, I came across CLI and here I am today. My ministry goal is to obey what God has placed into my heart and to go take his teachings to those who are feeling cast out, pushed aside, and even those who are held within prisons walls. To help teach them that there is a way out and you can change your life through God’s teachings and God’s word. I recently wrote a book called The Missing Piece in Spirituality, and it became an international best selling book, this is where I have started my ministry and will continue to write and move on to teaching spiritual principles to people who are hungry to turn their lives around and apply these principles to their lives.

Upon research, I became aware that in the UK only 33% of British people believe in God’s word. So, we are one of the countries that need more teachers to help teach God’s word and by taking this into a place where there are people that are stuck in a cycle of crime it will reduce crime, bring up that 33% and place a new lease of light within the world and I couldn’t have done it without Christain Leaders Institute. What I have learned in my journey to becoming an ordained deacon with CLI, I have grown so much spirituality and academically.

I think CLI is vital to my education on how to teach God’s word to people and that is why the scholarship is extremely important to me. I am willing to work hard, study and work for the classes the best of my ability. I completely respect the work that goes into CLI and to all the contributing partners who donate to allow others to become educated themselves, therefore I became a contributing partner myself. Please pray for the people within the prisons, the people who feel they have been cast out, or lead astray and may my presence and work in their lives help them find the change they need.

Transformed in My Darkest Hour
Scroll to top